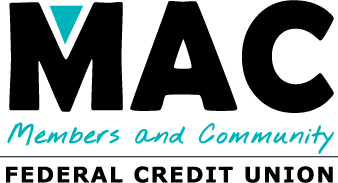 “The success of any community is driven by the willingness of those who live in it. When the community succeeds, then we succeed. At the heart of MAC FCU is a volunteer spirit with a goal of helping those who need it the most. As the only Community Development Financial Institution in Fairbanks, MAC FCU is a strong supporter of organizations like the Downtown Association, which advocates for a vital, healthy, preserved downtown Fairbanks spirit and community.”

Downtown Association is proud that MAC FCU has partnered with Laborers’ Local 942 in sponsoring the Downtown Block Party series! With strong focus on extending resources to the local community, MAC FCU finds perfect harmony with the mission of the downtown block parties, which aim to bolster the local economy, and to foster positive interactions with local talent, cuisine, entertainment, and populations both permanent and transient. We are honored to announce that our block parties are brought to you by MAC FCU! Please read on for more information about this community driven and purposed financial organization. 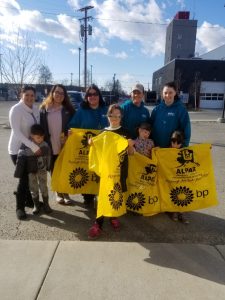 MAC federal credit union began in 1952, then known as Tanana Valley FCU. The institution began when federal employees attempted to unionize and decided to organize a credit union for the benefit of all government employees in the Fairbanks area. The original name was the Tanana Valley Federal Credit Union and the charter was signed in September of 1952.

At organization, membership included anyone working for the Federal Territorial or City government within 100 miles of Fairbanks. In 1957, the membership was opened to active military and their families.

With the expansion of Alaska residency, in 1993 the re-named Ft Wainwright FCU began to expand services to local economy, adding to its clientele three non-military affiliated local businesses which were not being served by a credit union. At the same time, the charter was expanded to those living in the primary household to include anyone related to the primary member by blood or marriage. Bureau of Land Management was included in 1987 when the Alaska Firefighters moved onto Ft Wainwright. Since that time, the organization has added the Association of the United States Army (AUSA) to its charter as well.

The first branch opened right downtown, at 1211 Cushman Street, September 13, 2001. After the events of September 11th, 2001, there arose a need for a branch off-post. In January 2002,  Ft Wainwright Federal Credit Union became Military and Civilian Federal Credit Union. In August of 2002, the newly formed credit union received NCUA’s underserved designation that allowed them to welcome into membership those who live, work, worship, or attend school in the Fairbanks-North Star Borough, including businesses and other legal entities. With this expansion, MAC was able to open a full service branch on 10th Avenue, which combined the limited services offered at the two former branches on Old Steese Highway and Cushman.

In 2017, Military and Civilian FCU became Members and Community FCU, to more accurately reflect their mission of inclusive philanthropic efforts and support for EVERYone in the Fairbanks community.

This year alone, MAC FCU has contributed massively to Fairbanks welfare and industry: from care packages for over 100 veterans, to fresh lemonade stands for young entrepreneurs, to helping Relay for Life sell Luminaries in their branches. They’ve sponsored sports activities for youth members, and have given to the community $54,000 YTD for 2018. Currently MAC is helping the Chamber of Commerce sell Rubber Duckie Tickets, and they just raised $1,000 for the Seekins Ford Peanut butter drive.

Every quarter, MAC employees donate 2 hours of community service, and YTD, they are proudly at a collective 280 hours of Fairbanks service. If you thought that was all: MAC also offers financial education teachings in every local high school. With the help of about 100 volunteers in our community, these classes reach more than 800 junior and senior students.

MAC FCU employees are not just tellers and brokers and finance officers. From the soup kitchen, to organizing and setting up charitable events, to the streets of downtown block parties, you will find their familiar faces working alongside the Fairbanks collective, doing the work, making the investments, and practicing the compassion that true communities need in order to be successful!