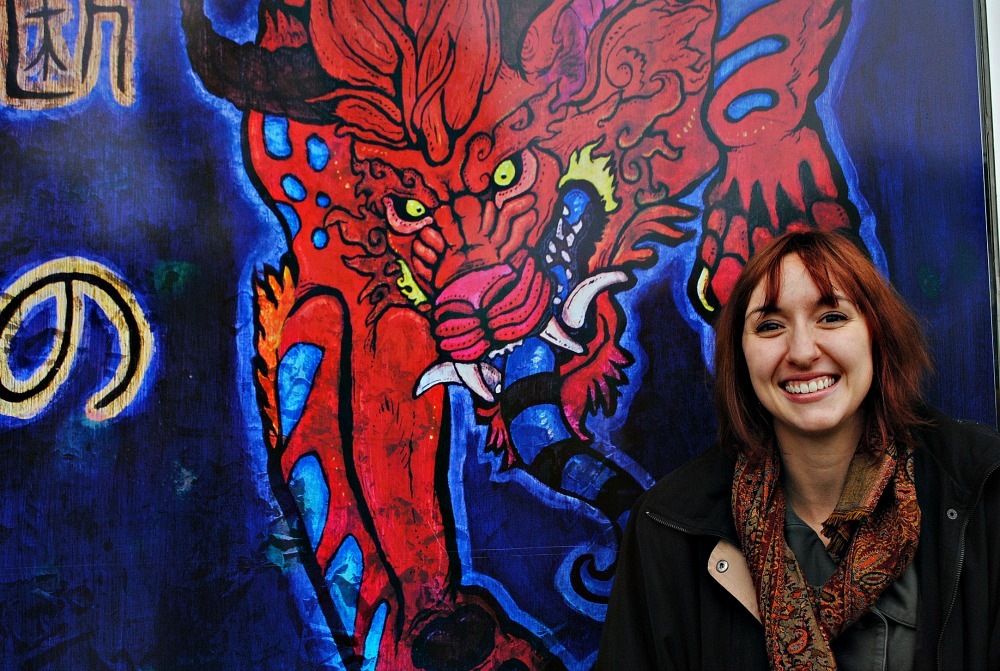 Hannah Foss is the winner of the 2017 Midnight Sun Festival Logo Contest. More than 1,500 votes were cast and Foss received 414. Her design features a grizzly bear and freshly caught salmon beneath the midnight sun.

“It was an incredibly close contest this year,” said Jeremia Schrock, Communications Director at the Downtown Association of Fairbanks. “At one point, during the last day of voting, there were only a handful of votes separating first and second place. I think this was probably the tightest vote we’ve ever seen.”

“The Midnight Sun Festival (for me) is a time of sun, color, friends and food; elements that I tried to incorporate into my illustration,” said Foss, a digital illustrator at the UAF Geophysical Institute.

“I think that’s what the Midnight Sun Festival is about. You emerge from your cave…and then you see all this delicious Midnight Sun Festival food and pounce on it like a hungry bear,” said Foss. In addition to winning this year’s logo contest, Foss was also the Greater Fairbanks Chamber of Commerce’s 2016 Artist of the Year. Some of her more recent work will adorn a Hainan Airlines Boeing 787 Dreamliner jet.