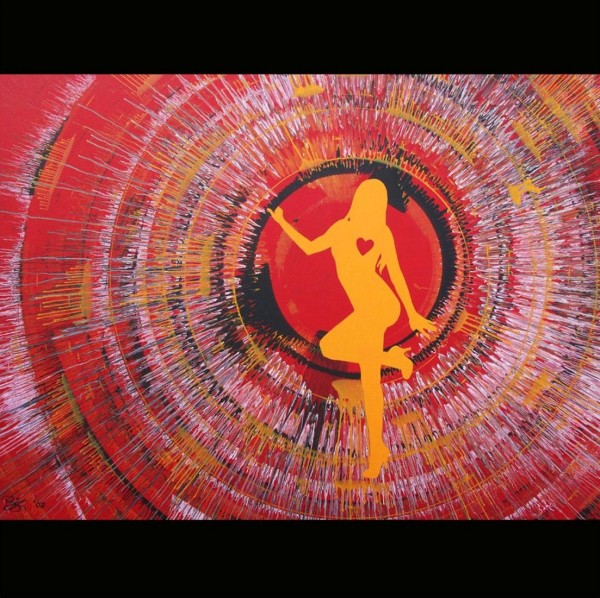 Lance Bifoss was born in Two Harbors, MN, in 1960 and currently lives and works in Ketchikan, AK, and also keeps a home in Mukilteo, WA. He hopes to someday finish the last credits needed to complete his AA degree in Fine Art.

He has had several solo exhibits in his hometown of Ketchikan and has also shown in Cordova, AK, Juneau, AK, and Edmonds, WA. He currently has an exhibit for view at the US Bank on Harbour Pointe Blvd. in Mukilteo, WA. He is actively working toward a solo show in Ketchikan in October and a joint show in Fairbanks, AK in November. Some of his work can be seen on the Facebook fan-page “psychotropicart”.

Lance has been drawing since the age of four and started taking his craft seriously as a teenager. He has worked through a variety of media and styles and is presently exploring the medium of acrylic paint. His influences are very diverse, including 1960’s Pop Art, 1950’s cheesecake art, album covers, comic books, science-fiction and the psychedelic movement.  He is inspired by nature, music, geometry and the female form.

Lance is also a photographer, poet and musician.