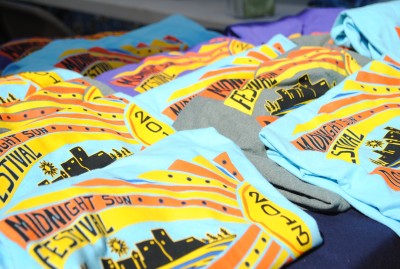 “We don’t want to oversell it, but this is one of the most interesting and important logo contests in Fairbanks,” said Jeremia Schrock, Communications Director at the Downtown Association. “A big reason why it’s so important is that it’s one of the few contests where the community picks the winning design,” he added.

After the submission deadline, a jury will select its favorite designs. Then, DTA will post the designs on Facebook and on downtownfairbanks.com on March 16. As in previous years, the public will then choose the winner by popular vote. Finally, DTA will announce the winner on March 23.

Logos must include the midnight sun. The logo must also feature the words “Midnight Sun Festival 2017” and “Downtown Fairbanks, Alaska.” In an update to last year’s event, designs may incorporate up to six colors. Shades of a color are considered a new color. Artists may submit several designs. A full list of rules is available here.