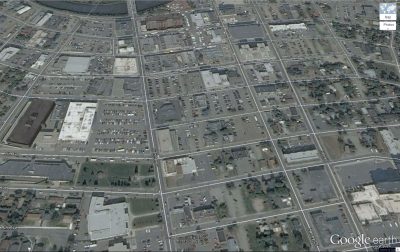 Downtown expresses our community’s character and true colors in a compact geography.  From time to time an attempt is made to mix this character and color with intentions that allow downtown’s many actors to coordinate their efforts.

The Borough is now leading a planning effort involving downtown’s many stakeholders that – among other things – will fulfill the needs of municipal governments, FMATS and the state of Alaska (DOT) to have and use such plans to prioritize and direct funding.   Mayor Kassel invited ten individuals to serve on a Working Group for the plan.  Meeting last Thursday, the Working Group (comprised of Sabrina Binkley, Jerry Cleworth, Christmas Cowell, Jackson Fox, Deb Hickok, Chris Miller, Geri Simon, Planning Director Christine Nelson and Buki Wright and Brenda Riley was excused), accepted the mayor’s goal of an inclusive public process and decided to start that process with a proposed geographic extent of the downtown planning area.

Looking ahead, the Downtown Association will advocate for coordinated efforts to attract residential and business growth downtown. On July 27, when the Borough Assembly was discussing the Vision Fairbanks repeal, four Assembly members tried to leave standing in Borough code the Vision Fairbanks’ community goals, seeing as these – everyone agreed – continue to ring true. As much as it might be unwise to situate anything in a repealed plan, we figured we may as well start with the wheel we had to see if there isn’t continuity in goals for downtown.  Click here for a 4-page draft plan document developed by the Downtown Association over the last 18 months.