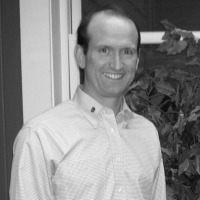 David van den Berg came to Alaska in 1989 to help clean up oil spilled from the Exxon Valdez. He moved to Fairbanks later that year. Before joining the Downtown Association of Fairbanks as its Executive Director in July of 2008, he was president of Arctic Wild, a wilderness guiding company operating throughout Alaska’s Arctic.  He is married to Amy Cook and together they have two children.