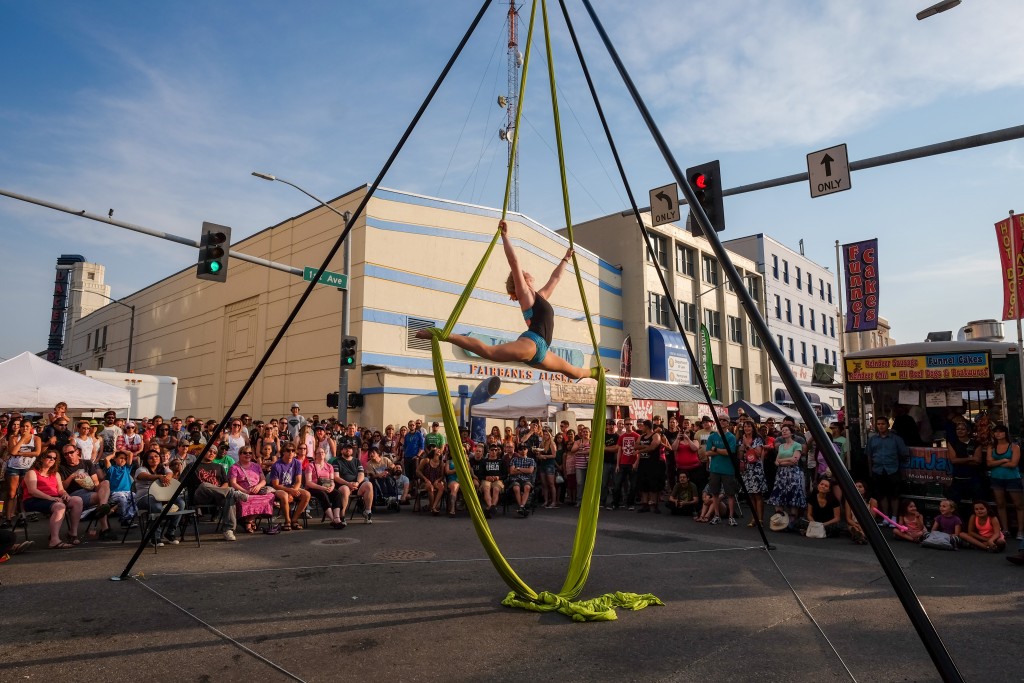 “Fairbanksans anticipate the Midnight Sun Festival like they anticipate summer. They know what it is and where to find it and they even know, more or less, when it starts,” said David van den Berg, Executive Director of the Downtown Association, referring to the event which marks the longest day of the year, but seldom falls directly on it.

The Title Sponsor of the Festival gets significant promotional value prior to and at the 12-hour event. “It’s clear who sponsors this massive community celebration,” said Jeremia Schrock, the Communications Director at the Downtown Association. Title Sponsor benefits are numerous and include exclusive naming rights to the 2017 event, inclusion on all marketing and promotional material, free booth space and more.

“We put a lot of effort into associating the Title Sponsor with this event and the event itself with downtown,” Schrock said. “It’s hard to miss who ‘owns’ the event when it’s called the ‘Your Name Here’ Midnight Sun Festival! It’s a great branding opportunity for your business and a great way to give back to the community.”

Every year the Festival features nearly 200 booths and 33 paid live performances, ranging from dance troupes to DJ’s, folk music to cover bands. The event will also include the return of the Break-Fest breakdancing competition, gold panning and a skateboard park.

The Festival is also a major outreach tool for non-profits, with nearly 30 attending every year to connect with the tens of thousands of locals and visitors who come downtown. Last year, the American Bus Association named the 2016 Midnight Sun Festival one of the Top 100 Events in North America.

The 2017 Midnight Sun Festival will be downtown on Sunday, June 18 from Noon to Midnight. For sponsorship information please contact David at 452-8676.