There is something special about homemade cookies and pastries made from scratch.

That’s a thought that a community of ex-pats living in South Korea had when they began requesting special cookie orders from Jen Krzmarzick. “I used to live and work in South Korea as an elementary school teacher by day, and a baker by night,” she said. Krzmarzick, owner of Kitchen Vixen in the Co-Op Plaza, now specializes in making these tasty treats.

Krzmarzick moved to Fairbanks when her husband, Mike, became stationed at Fort Wainwright. Mike is currently the conductor and commander of the popular 9th Army Band. 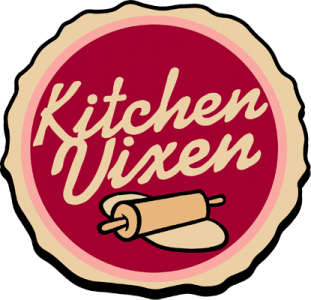 Her creations became so popular that she moved from only selling her baked goods via Facebook to holding events in her home, attending local festivals and bazaars, to most recently opening a permanent brick-and-mortar location downtown. Clearly, Krzmarzick is onto something. “I decided to focus on cookies because not many local folks appeared to be offering them,” she said.

Krzmarzick doesn’t just make run-of-the-mill cookies. She makes cookies with pizazz; she makes edible art. She specializes in artisan sugar cookies, French macarons (her favorite to make), croissants, and some seasonal specialties like sugarplums. While the names are similar, French macarons are not the same as macaroons. Macarons are a French meringue-based treat filled with ganache or buttercream sandwiched between two cookies while macaroons are a small Italian cake made from ground almond or coconut.

Her shop also sells imported French giftware and gourmet items. “We were inspired by our travels [to France] to find merchandise we love and make it available to the community here, in Fairbanks,” she said. All their gifts have a kitchen or dessert theme. “We cater to foodies and bakers, and lovers of fine gourmet delicacies.

Why did she choose to open her shop downtown? “What I create is edible art,” she said. “Downtown has a vibrant art and artisan scene that seemed to be growing exactly when we wanted to join. New businesses began filling up the Co-Op and neighboring buildings, and it just felt right.”

Kitchen Vixen is open on Saturday’s from 10AM-4PM inside the Co-Op Plaza in downtown Fairbanks. You can follow her on Facebook here.