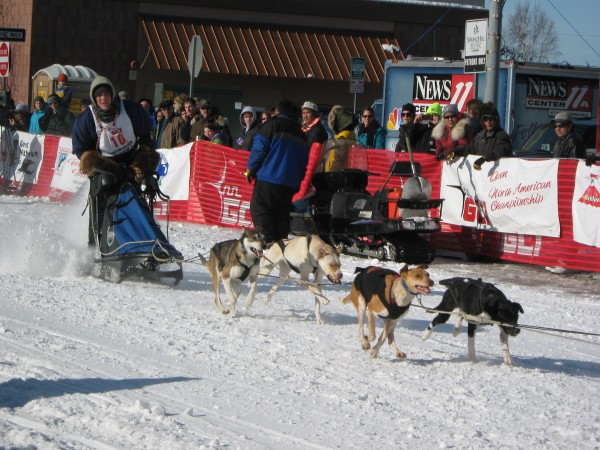 The GCI Open North American Championship (ONAC) is the premiere sled dog sprint   race in the world, attracting the best sprint mushers from the United States, Canada,   Europe, and Japan. The three-day race is run every year in March from downtown   Fairbanks, Alaska, with heats of 20 miles the first two days, and a grueling   30-mile heat on the final day.