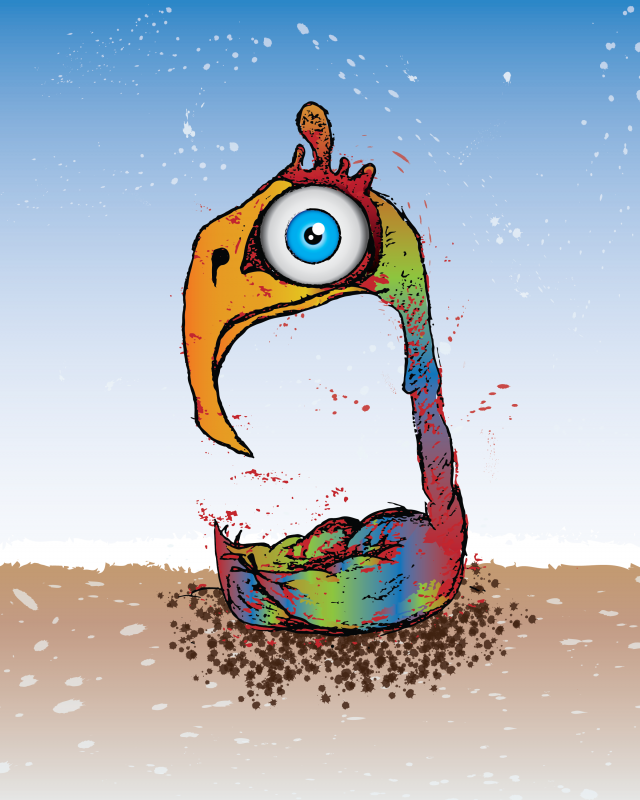 River City Café & Espresso hosts NAYCHA (and its Wunduhs), a new art show by Hillary Brown. Brown is a Fairbanks based artist and illustrator who works in a variety of mediums. Please join her for a meet-and-greet at the café’s First Friday reception.

Hillary attended a summer program for Digital Illustration at Pratt Institute in Brooklyn, NY in 2008. She graduated from University of Alaska Fairbanks and received a bachelor’s degree in Art with a focus on Printmaking.

Brown’s interest in the medium has grown as she explores a variety of techniques. Her digital illustrations are hand drawn and then edited and colored.

She currently works for a local print shop as a graphic artist and printer. Her imagery and inspiration comes from the natural world and its creatures, but almost never literally. NAYCHA (and its Wunduhs) is her first solo exhibition.